The Colney/Bowthorpe bridge over the Yare is approaching completion. After final certification and transfer documentation is completed it will be handed over to Norfolk County Council. The bridge will link the bridleway at Colney to an ancient track at Bowthorpe. It re-establishes a river crossing that disappeared many years ago. In a plan for the Yare Valley published by the Norwich Society in 1968, one of the projects was for the then existing stepping stones be replaced by a bridge. It was a project long supported by the Yare Valley Society. The dream is now being realised half a century later. 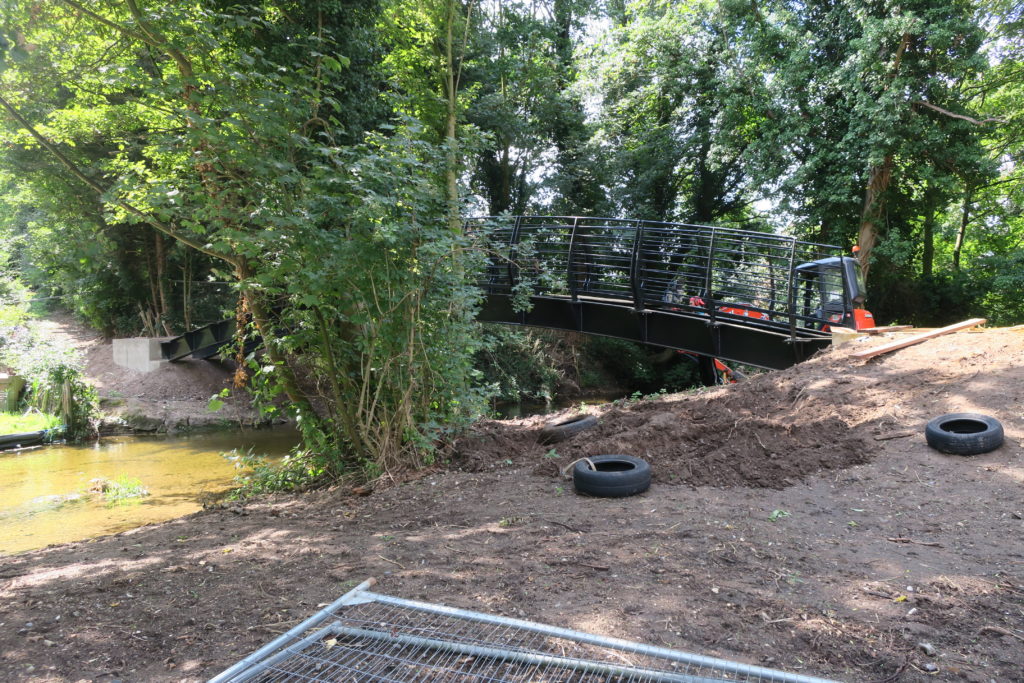